If you could own any commodity in the world, what would that be?

If you chose data, that was a wise choice. 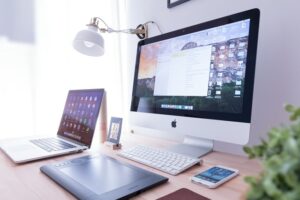 Data is the most valuable commodity in the world. It is used to produce more income than any other single commodity or product anywhere. According to statista.com, in 2020, over two billion people purchased goods or services online, and during the same year, e-retail sales surpassed 4.2 trillion U.S. dollars worldwide. And it’s expected to surpass 4.88 trillion in 2021.

What was the source creating those kinds of sales figures?

But how do you get that kind of data?

You cannot buy it on a stock exchange, and you certainly cannot trade it on the commodities boards in places like Chicago or New York.

What did they ask you for?

Data – a name and email address and in some cases, even your phone number?

Because they were collecting data. And a name and email address are the easiest form of data that one can obtain – free. This is data that they would use market to you and sell you stuff.

Now you and I will not be able to collect the massive amounts of data that, say Facebook or Google has amassed, but there really is no need to either.

All that is need is to do is learn how to collect “targeted” data. By targeted, I mean data from people that have similar interests that you have. For example, let us say your into doing crafts as a hobby. The number of people in the world that enjoy crafting is in the hundreds of millions.

I know one woman, who took her crafting hobby and turned it into a multiple 6 figure income just by collecting email addresses and building a relationship with those people. It was not hard to build a relationship with them either. They already had one particularly important thing in common – they loved crafting.

So, it’s easy to see that building a list with people that have similar interests as you is important.

Did you know that, as a rule, you will earn $1 each month for every person in your list?

I know that does not sound like much, but wait, it gets better.

If you have only:

As you can see, it would be quite easy to envision yourself earning 5+ figures a month using our methods.

We are going to take away the learning curve, the potential for costly errors and teach you how to develop and build your list of names and email addresses. We are also going to teach you how to build that all important relationship with your list enabling you to be able to sell just about anything you want to them.

Now to be sure, we cannot guarantee that you will make millions, just like that. But we can assure you that you will be getting the exact same methods that I used to build my list to over 1.7 million actively purchasing customers. And you will be able to do it without all the very costly mistakes I made early on. And believe me, the mistakes can cost you an arm and a leg.

We call it our One Secret Code, and the reason for that is that though it is not a real secret (because anyone could have come up with it) it is a method that only we have used and perfected over nearly 3 decades.

Because of the initial response to the test messages that we sent out, we can’t stress enough the importance of your getting our One Secret Code now before we have to pull the plug on this.