We all know that recently Facebook had a major, international shutdown of it’s platforms. For many of us, it was somewhat of a shocking event. For those who use the Facebook platform to advertise their business’s, it had the potential of being a devastating event. And, it happened at a time when a supposed whistle-blower was testifying in Washington DC about Facebooks transgressions. Yes, it was a rather coincidental incident.

But was it coincidental? 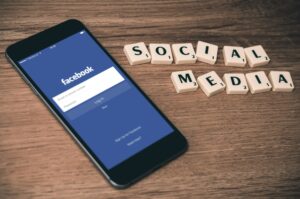 What so many of us fail to realize is that Facebook, Instagram, You Tube and Twitter (the current major players in social media) are all privately held entities. Someone else, other than we who use them, owns and controls what can, and cannot, be seen on their platforms. We’ve all heard the stories claiming bias and censorship by social media giants.

There are no rules or laws that prevent the social media giants from censoring our content, from limiting our ability to post or share what we are interested in. The algorithms that current social media companies have in place on their websites filter out whatever the powers to be does not want to allow. With no warning or signs, you can be in “Facebook jail” for triggering one, or more of these algorithms.

There are only two ways to protect yourself from the over-indulging, biasness of megalo-maniacs.

When you own your personal corner of the Internet, no one can control your voice, your message. Not the Zuckerberg’s or other megalomaniacs who seemingly control our destiny on the Internet. You own it and control it. And, it’s a known fact that as long as you are not writing something specific directly onto the social media platforms, the algorithms that has been created have little control over who sees your work and who doesn’t.

Take control of your own and monetize it by creating on your own piece of the web.